Warning: Parameter 2 to WPE\Site_Preview::the_posts() expected to be a reference, value given in /home/customer/www/goexplorenature.com/public_html/wp-includes/class-wp-hook.php on line 303
 Build a Dragon Cave - GoExploreNature.com 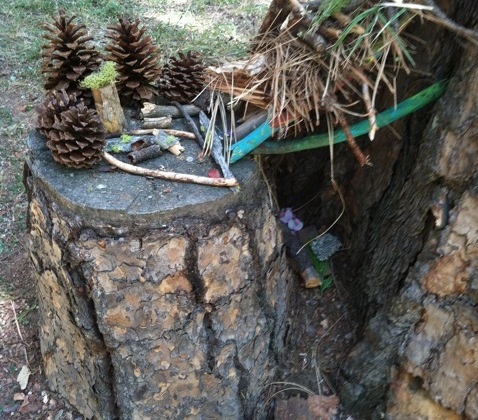 It’s been two years since The Explorers built a fairy house and a year since The Big Explorer created his fairy garden. I guess you could say the idea of fairies isn’t that popular around these parts (except for the Tooth Fairy, of course).

But other magical creatures inhabiting our backyard isn’t out of the realm of possibility. The proof? The dragon cave and forest The Explorers built recently during our stay in Yosemite. 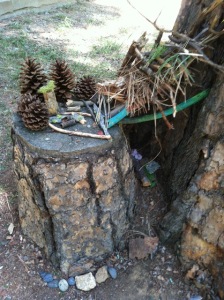 The inspiration came from a series of books The Big Explorer has been reading called “The Last Dragon Chronicles.” The series features a cast of magical dragons that have seriously sparked The Big Explorer’s imagination.

When I suggested that we build a dragon cave, he was in. He decided which of the dragons the cave would be for (the potions dragon) and together he, The Little Explorer and I set to making it happen.

I was tasked with making the roof and back of the cave using items the kids gathered in the yard, like sticks and pine needles. 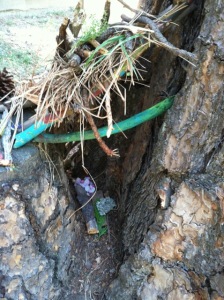 The Little Explorer created a forest outside the cave. 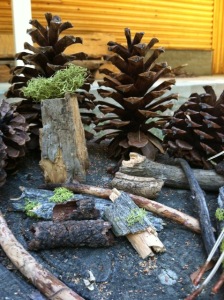 And The Big Explorer filled the space inside the cave with items a potion dragon might need, such as flower petals and other herby looking things. 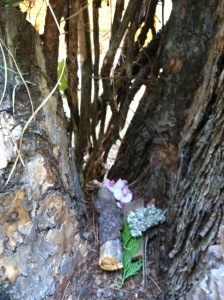 This little project got us thinking about all the other magic the dragons could work in our backyard. Next up: A dragon garden. And perhaps a few actual dragons.