Warning: Parameter 2 to WPE\Site_Preview::the_posts() expected to be a reference, value given in /home/customer/www/goexplorenature.com/public_html/wp-includes/class-wp-hook.php on line 307
 Fun Friday: Make Mudcakes - GoExploreNature.com

Fun Friday activities are quick-and-simple ways to explore nature in your own backyard.

THE IDEA
Create “mudcakes” for our backyard fairies with nature-treasure toppings.

I must give props to one of my favorite resources, the Idea Factory at Kinder, for this one. Earlier this week, I saw they were making gourmet mudcakes and thought the explorers and their friends might love doing so as well. Turns out I couldn’t have been more right.

OUR NOTES FROM THE FIELD
When it comes to imaginary play, the big explorer falls a little short. In fact, prior to this experience, he’d scoffed at the idea of backyard fairies. Which is why I was thrilled to try making mudcakes in Yosemite, where we’re spending time with family friends, including twin girls the same age as him. They’re all about imaginary play.

This one started off simply enough: I told the kids to hunt around the yard (which happens to be a meadow) to find things to put on the mudcakes we were going to make for the fairies. Whatever they wanted would work – flowers, pine needles, grass, seeds. Anything went.

The big explorer was the first one back with his bucket of goods. 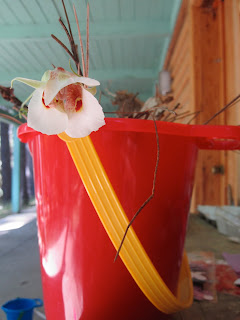 He didn’t seem to be enjoying himself. But no worries. The fun hadn’t even begun.

The next step was to mix up some mud. The kids filled their buckets with water, then went off in search of dirt. They used sticks of their choosing to create just the right thickness for their mudcakes. 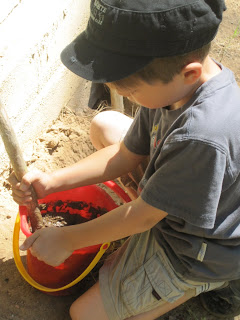 When everyone had mixed up their mud batter to their own personal liking, they began scooping it into their baking cups. (For authenticity, I used actual disposable cupcake trays and liners, which cost me about $3.) The big explorer was very hesitant to use his hands, trying a shovel instead. But finally, he gave in. 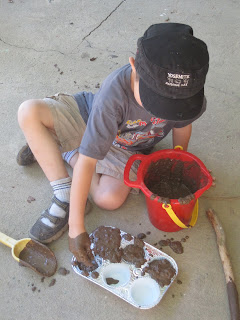 Interestingly enough, the little explorer (who loves the dirt) opted to stick with watercakes instead. 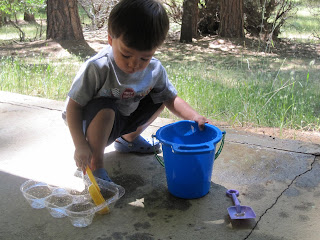 The final step was to add toppings to the mudcakes. This is where the kids really started getting into it. It helped that I brought along some sparkly star and butterfly stickers! Here’s the big explorer’s finished mudcakes. 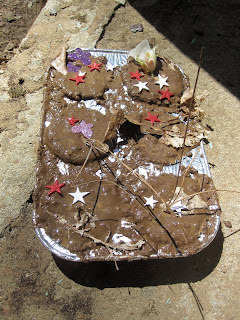 We set the cakes out to bake in the sun. But before heading back inside, all four of the kids started experimenting with the dirt and the water. What could they create? How could they play in it? Where would their imagination take them? The result was a mud pool, perfect for jumping and sitting in. 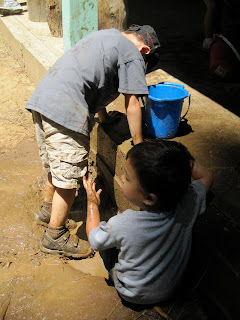 Nearly 1-½ hours later, the mud play was still going on! Kids were filthy, socks were sacrificed, parents were proud. Quote of the day goes to the big explorer: “Hey, this is actually fun!”

End note: The mudcakes were a big hit with our forest fairies, who left each of the kids a beautiful rock in exchange for a yummy cake. Bonus? The big explorer no longer doubts their existence.

TAKE-HOME TIPS
What could be simpler than mixing together dirt and water? To make this activity extra special: 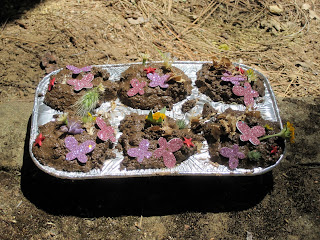 MORE IDEAS FOR OUTDOOR FUN
Summer days here in Yosemite are full of nature fun. But you don’t have to live in the forest to explore nature. Take it from me – I normally spend my days in the middle of an urban jungle!

This weekend, help your child connect with nature in even a small way. You could: