Warning: Parameter 2 to WPE\Site_Preview::the_posts() expected to be a reference, value given in /home/customer/www/goexplorenature.com/public_html/wp-includes/class-wp-hook.php on line 307
 First Snow - GoExploreNature.com 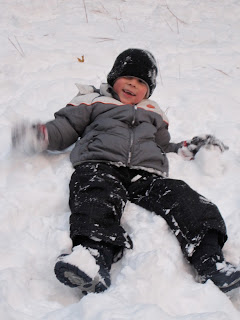 When we planned our pre-Thanksgiving trip to our cabin in Yosemite National Park back in September, we had no idea it would turn into the adventure it became. We didn’t know then that the kids would wind up seeing their first snow.

But I couldn’t have dreamed up a better scenario. As we drove down the windy road toward our cabin, then over the tiny bridge and down our private (and unplowed) road, I was blown away. Our cabin, the road up to it, the trees, the entire meadow that is our summertime playground – all completely covered in a blanket of snow. 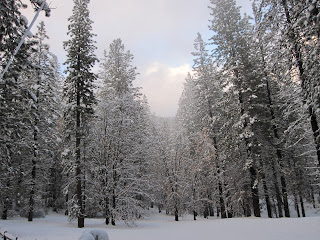 It was breathtaking. The most beautiful thing I’d ever seen.

Top that off with an entire day spent watching it snow from behind the huge picture window in our warm cabin and you can imagine how perfect it all was. Yes, we tried to catch snowflakes on our tongues. And yes, we drank hot cocoa. Wouldn’t you?

Luckily, the snow eventually stopped. We braved the mid-30 degree temps to head outside for some exploring. Although the park offers an array of winter activities, we sought only to play and discover in our own backyard.

The big explorer made a snow angel, roused a snowball fight and designed our first snowman. 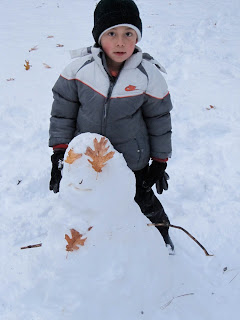 The little explorer seemed less enthusiastic, perhaps because the snow came up to his waist and his mittened hands were all but useless. But he never complained.

On our second (and final) day in the park, we ventured down to Yosemite Valley. I was eager to see what my favorite place to explore nature looked like draped in snow. Of course, it didn’t disappoint. 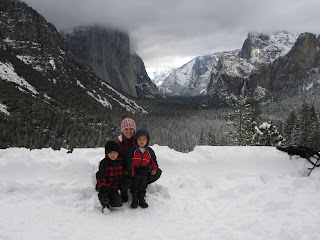 It was especially inspiring to see in fall (which felt like winter) how different the places we usually only see in the summer looked and felt. Snow on the iconic Half Dome, calm rivers, few crowds, many quiet spaces and very cold temperatures.

I don’t know what I expected the kids to think of their first snow experience, but I do know I was surprised by their continued excitement and enthusiasm. It was more than a little contagious.

I know one thing for sure: We’ll be heading back to Yosemite during the winter in the future. Definitely.

Some Snow Tips for First-Time Adventurers
With a nod to my more snow-savvy counterparts, I present a list of some key things this adventure taught me. If you’re planning your kids’ first encounter with the white stuff this winter, here are a few things I suggest: 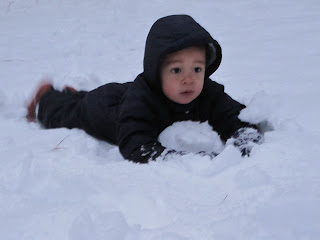 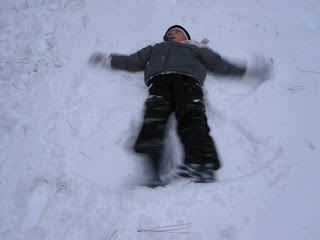 How do you ensure your kids have fun playing in the snow?