Warning: Parameter 2 to WPE\Site_Preview::the_posts() expected to be a reference, value given in /home/customer/www/goexplorenature.com/public_html/wp-includes/class-wp-hook.php on line 308
 Where to Go in Yosemite With Kids: The Indian Caves - GoExploreNature.com 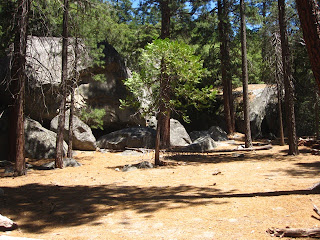 There’s a place I used to play in Yosemite as a kid that I thought had completely vanished. That’s the only explanation I had for why the Indian Caves near Mirror Lake never seem to be mentioned on the list of things to do in Yosemite with kids.

The caves, which are actually a large pile of huge boulders, supposedly got their name during the European takeover of Yosemite Valley by the Mariposa Battalion. It was then that an elderly Uzumati/Ahwaneechee woman hid at these caves hoping to avoid detection. Legend has it that her campfire smoke betrayed her presence and gave the place its name.

Of course as I kid, I wasn’t concerned with the stories. I just loved playing there – scrambling around on the rocks, wandering into the “caves” and trying my hand at some simple rock climbing.

Turns out the Indian Caves do still exist, they just aren’t on anyone’s radar these days. In fact, there’s no signage to speak of.

Armed with a rough idea of where the caves were located (thanks to my memories from some 30 years back and my step-mom’s more precise instructions), we started out from the very well-known Ahwahnee Hotel. We needed to ask a couple of hikers en route if we were headed the right way, but we eventually found the place.

And what a delight to see my kids discover and explore it just as I had done as a child so many summers ago! 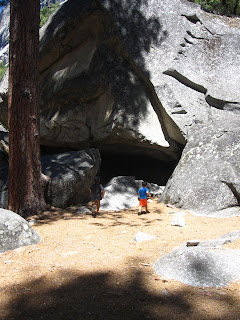 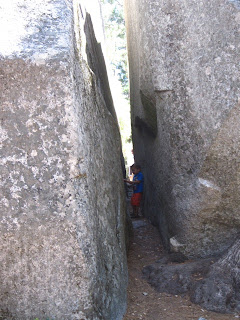 It’s easy enough to overlook this place, but I’m glad we didn’t. We had the entire place to ourselves, save one other family who left shortly after we arrived. There aren’t many such hidden gems left in Yosemite. 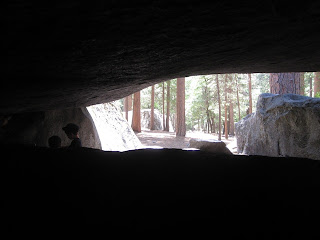 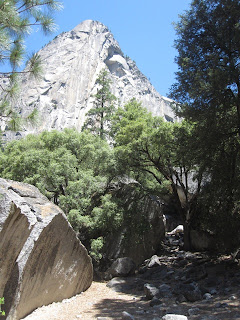 From the Awahanee Hotel, head out past the back lawn, pool and cottages until you hit the bike path headed to Mirror Lake.

Turn left and stay on the bike path until you spot the walking trail running right alongside on your left. Continue on this smaller path through the forest until you are standing almost directly in front of the base of Washington Column. The trail opens up into a large expanse that you can’t miss. Don’t bother looking for markers here to confirm you’ve found the place; you won’t find any.