Warning: Parameter 2 to WPE\Site_Preview::the_posts() expected to be a reference, value given in /home/customer/www/goexplorenature.com/public_html/wp-includes/class-wp-hook.php on line 303
 Field Trip Friday: Nature Walk at the Ballona Wetlands - GoExploreNature.com

Welcome to “Field Trip Friday” where I share an idea for a fun outing in nature. The setting is specific, but the advice is intended for use wherever you might call home. 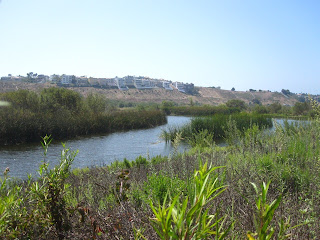 The Plan
Enjoy a family nature walk with friends at the Ballona Wetlands.

To try this adventure outside of the Los Angeles area … Head to your local wetlands or marsh. Or seek out a park with a pond or lake and do some bird watching as you enjoy a short stroll.

Field Notes
Our family nature club adventures took a hiatus in July to accommodate everyone’s travel plans (namely ours), so we decided a nature walk around the Ballona Wetlands would be a nice way to reboot things.

None of us were familiar with the Wetlands, the Freshwater Marsh or exactly where the perimeter trail that’s there takes you. Turns out, not that far. But far enough for friends to reconnect while enjoying a little time in nature. 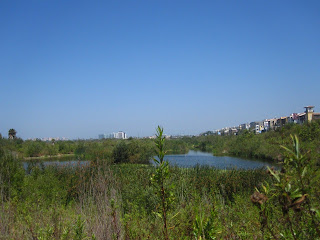 Insider tip: Some research since our visit suggests that the Wetlands includes a salt marsh, dunes and the freshwater marsh. Only the Freshwater Marsh portion of the Wetlands is available to the public without a guided tour.

Although the water in the marsh was a little tough to see from the trail in some spots, we did manage to catch a glimpse of several ducks, coots and even a snowy egret. (Knowing this spot is somewhat of a birding mecca, I’m convinced the birds were holding out on us.) 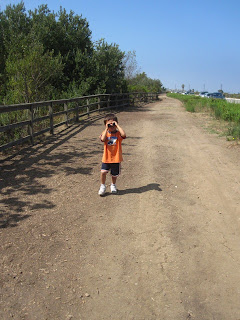 Insider tip: The wetlands are an important place for all kinds of birds. You can’t always get a close-up view from the trail, so bring along binoculars for better luck.

The highlight of the day was actually a fortunate accident. One of the gates that leads down to the marsh was apparently left open (or maybe it’s always that way, I’m not sure). Whatever the reason, we were able to get right up to the water’s edge.

The Explorers were fascinated with the terrain, which looked like grass, but was moving. We literally had to pull them back onto the trail. 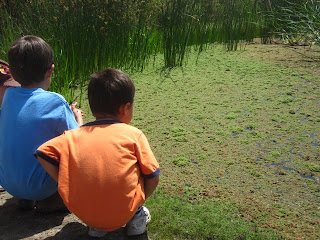 Our lovely morning outing prompted further interest in seeing the Wetlands with a guided tour. Hope to share more on that with you soon. 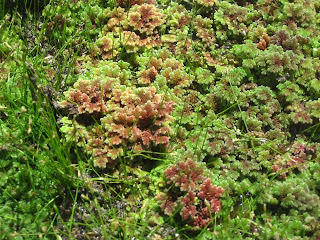