Warning: Parameter 2 to WPE\Site_Preview::the_posts() expected to be a reference, value given in /home/customer/www/goexplorenature.com/public_html/wp-includes/class-wp-hook.php on line 303
 Studying Backyard Animals: Roly-Polies - GoExploreNature.com 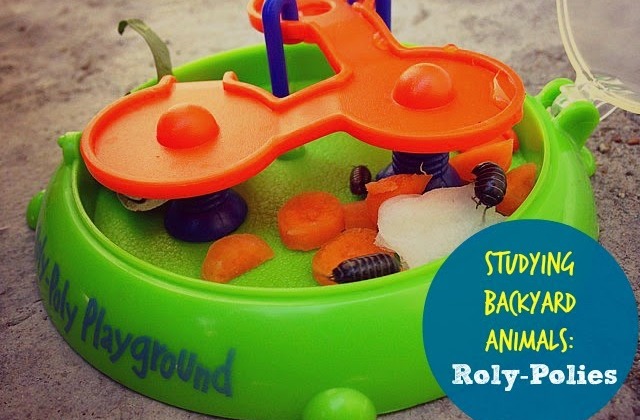 Both of The Explorers enjoy a good bug hunt. Not only do they like searching for backyard animals, they also love the chance to observe them up close for a while.

Roly-polies are a fun backyard animal for kids to study. They are fairly easy to find – just check under rocks or potted plants – and slow enough for even the unsteadiest of hands to gently grab without harming. 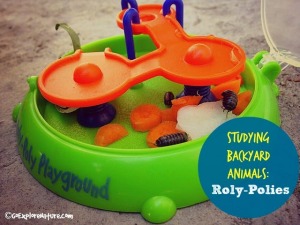 Lately, we’ve been using a Roly-Poly Playground (which costs about $7) as a portable habitat for the roly-polies we find in our backyard. The “playground” is a domed habitat with a snap-tight lid and air holes. There are ramps for the roly-polies to explore and a receptacle for adding water, too.

If you don’t have a fancy playground, you can make your own roly-poly terrarium instead. In either case, both containers allow you to keep the roly-polies safe while kids make their observations. Then be sure to release them back into their natural environment when you’re done.

There’s lots of interesting stuff for kids to learn about roly-polies. During our observations and reading, we discovered that:

Your kids may want to write about what they learn in a nature journal. They might want to add drawings or photos, too.

Note: I purchased a copy our Roly-Poly Playground for personal use. I received no compensation of any kind to share my honest review with you here.